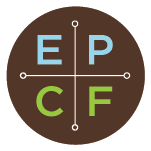 "The thought is we would like to participate with the city in helping develop that portion and a good starting point would be this reading gardens," Genna Buhr, the library director, said.

The city and library are splitting the cost for the design phase of the reading gardens equally. The reading garden is expected to cost about $300,000 and may be completed next fall.

Daniel Weinbach & Partners designed the concept for the Civic Plaza, which the City Council approved a few weeks ago.

Ty Livingston, the city's director of community development for planning and zoning, said there is a core group of people forming an East Peoria Community Foundation. This foundation will work to collect funds to develop the Civic Plaza.

"There are some residents that are real sensitive about should communities be spending money on park space. I think that's where that community foundation gets involved. We're going to look to them to kind of be the serious horsepower to make this happen," Livingston said.

Eventually, the foundation will have a sales piece - similar to Peoria's Sculpture Walk brochure - they take out into the community to procure funds.

Some funds already have been donated. The city received $250,000 from the late Peg Bahnfleth, a long-time educator who lived in East Peoria with her late husband, Ray. A bronze statue of Ray and Peg may be placed in the reading garden.

"Jim has been a big proponent of community. He and the mayor (Dave Mingus) really shared a love of this fountain that's down in Lexington, Ky. It's a stair-step fountain," Livingston said.

The fountain would be located close to the reading garden where people could sit on benches surrounded by greenery. Livingston said the fountain in Lexington is a key piece to their downtown. "It was a huge draw for the community in the day or the night," Livingston said. On the conceptual drawing of the Civic Plaza, sculptures dot the landscape. Other components include a circular area that could serve as an ice skating rink in the winter, terraced seating, a multi-purpose lawn and a pavilion.

Buhr said the reading gardens is a nice, obvious place to start the project and show what the potential for the rest of the Civic Plaza can be like.

The remainder of the Civic Plaza would require fill dirt and grading before it could be developed, Livingston said.

With the retail stores and restaurants in the downtown Levee District, Livingston said the Civic Plaza will offer a good mix.

"When we get people to live down here the idea is they're not all going to have yards in a multi-story building. It also ties in very nicely with our hiking biking trail and the promenade ties right into this space. The idea is it would be an amenity, not only for people who live down here, but as well as those who come to visit." Both Buhr and Livingston realize not everyone will want to read a book at the Civic Plaza. Some may want to eat lunch and surf the Internet on their phones. Buhr said the library's wifi reaches nearly to the end of the triangular point of the Civic Plaza.

Whether reading, resting, eating lunch, walking, attending an event, or looking at sculptures, the Civic Plaza will be designed as a spacewith multiple functions.

"It's a needed space," Livingston said. What would you like to see in the Civic Plaza Park? Take our online poll at www.eastpeoriatimescourier.com. 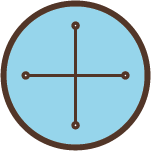 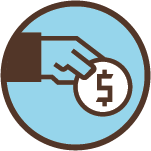 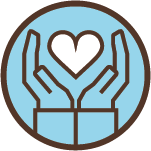